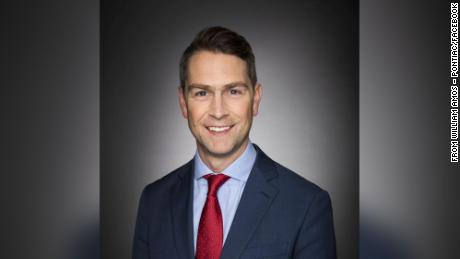 A Canadian politician has apologized after being spotted in a state of undress during a parliamentary video call on Wednesday.Will Amos, federal member of parliament (MP) for Pontiac, Quebec, for the Liberal party, can be seen inappropriately attired in a screenshot that is circulating online.

Fellow MP Claude DeBellefeuille, of the Bloc Quebecois party, pointed out Amos’ indiscretion during the question period.”We have seen a member during question period improperly dressed. That is, unclothed. So perhaps remind the members, especially the male members, that suits and ties are appropriate,” said DeBellefeuille in French, according to the parliamentary translator.”We have seen that the member was in very good shape, but I think this member should be reminded of what is appropriate and to control his camera.

Speaker of the House Anthony Rota responded to DeBellefeuille: “I would like to thank the honorable member for her observations,” said Rota. “I missed that.”Amos then posted an apology on his Twitter account.”I made a really unfortunate mistake today & obviously I’m embarrassed by it. My camera was accidentally left on as I changed into work clothes after going for a jog,” reads the tweet.”I sincerely apologize to all my colleagues in the House. It was an honest mistake , it won’t happen again.”Amos is a member of the Liberal Party of Canada, which is led by Prime Minister Justin Trudeau.CNN has contacted Amos and the Prime Minister’s office for comment

7 STEPS TO GETTING YOUR BUSINESS OFF TO A GREAT START